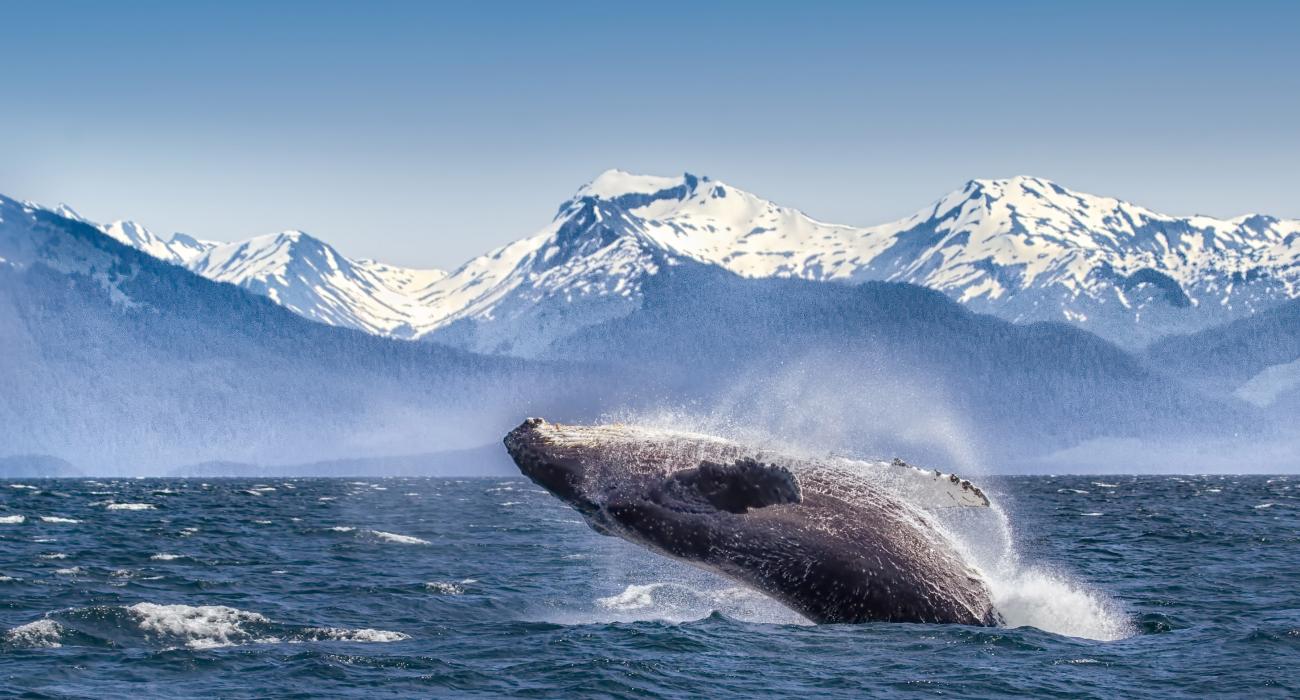 Athens ( ATH-inz; Greek: Αθήνα, romanized: Athína [aˈθina] (listen); Ancient Greek: Ἀθῆναι, romanized: Athênai (pl.) [atʰɛ̂ːnai̯]) is the capital and largest city in Greece. Athens dominates the Attica region and is one of the world's oldest cities, with its recorded history spanning over 3,400 years and its earliest human presence started somewhere between the 11th and 7th millennium BC.Classical Athens was a powerful city-state that emerged in conjunction with the seagoing development of the port of Piraeus.

Belize ( (listen)) is a Caribbean country located on the northeastern coast of Central America. Belize is bordered on the northwest by Mexico, on the east by the Caribbean Sea, and on the south and west by Guatemala.

Busch Gardens is the name of two amusement parks in the United States, owned and operated by SeaWorld Entertainment. The original park is in Tampa, Florida, and the second park is in Williamsburg, Virginia.

Cancún ( or ;Spanish pronunciation: [kaŋˈkun] pronunciation ) is a city in southeast Mexico on the northeast coast of the Yucatán Peninsula in the Mexican state of Quintana Roo. It is a significant tourist destination in Mexico and the seat of the municipality of Benito Juárez.

Disneyland Park, originally Disneyland, is the first of two theme parks built at the Disneyland Resort in Anaheim, California, opened on July 17, 1955. It is the only theme park designed and built to completion under the direct supervision of Walt Disney.

Dubai ( doo-BY; Arabic: دبي‎, romanized: Dubayy [dʊˈbajj], Gulf Arabic pronunciation: [dəˈbaj]) is the most populous city in the United Arab Emirates (UAE) and the capital of the Emirate of Dubai.Located in the eastern part of the Arabian Peninsula on the coast of the Persian Gulf, Dubai aims to be the business hub of Western Asia.

The Galápagos Islands (official name: Archipiélago de Colón, other Spanish name: Las Islas Galápagos, Spanish pronunciation: [las ˈislas ɣaˈlapaɣos], local pronunciation: [laz ˈihlah ɣaˈlapaɣoh]), part of the Republic of Ecuador, are an archipelago of volcanic islands distributed on either side of the equator in the Pacific Ocean surrounding the centre of the Western Hemisphere.

The Great Wall of China (Chinese: 萬里長城; pinyin: Wànlǐ Chángchéng) is the collective name of a series of fortification systems generally built across the historical northern borders of China to protect and consolidate territories of Chinese states and empires against various nomadic groups of the steppe and their polities.

Hawaii ( (listen) hə-WY-ee; Hawaiian: Hawaiʻi [həˈvɐjʔi]) is a state of the United States of America located in the Pacific Ocean. It is the only U.S. state located outside North America and the only island state. The state encompasses nearly the entire Hawaiian archipelago, 137 islands spread over 1,500 miles (2,400 km).

Jackson Hole (originally called Jackson's Hole by the mountain men) is a valley between the Teton Mountain Range and the Gros Ventre Range in Wyoming sitting near the border of Idaho. The term "hole" was used by early trappers or mountain men, as a term for a large mountain valley.

Jamaica ( (listen)) is an island country situated in the Caribbean Sea. Spanning 10,990 square kilometres (4,240 sq mi) in area, it is the third-largest island of the Greater Antilles and the Caribbean (after Cuba and Hispaniola).

Lake Tahoe (; Washo: dáʔaw, 'the lake') is a large freshwater lake in the Sierra Nevada mountain range of the United States. Lying at 6,225 ft (1,897 m), it straddles the state line between California and Nevada, west of Carson City.

Legoland (trademark in uppercase as LEGOLAND) is a chain of family theme parks, which has its main focus on the construction toy system Lego. They are not fully owned by The Lego Group itself; rather they are owned and operated by the British theme park company Merlin Entertainments. The Legoland Billund Resort opened in Billund, Denmark in 1968, followed by the Legoland Windsor Resort in Windsor, England in 1996.

London is the capital and largest city of England and the United Kingdom. Standing on the River Thames in the south-east of England, at the head of its 50-mile (80 km) estuary leading to the North Sea, London has been a major settlement for two millennia.

Machu Picchu is a 15th-century Inca citadel, located in the Eastern Cordillera of southern Peru, on a 2,430-metre (7,970 ft) mountain ridge. It is located in the Cusco Region, Urubamba Province, Machupicchu District, above the Sacred Valley, which is 80 kilometres (50 mi) northwest of Cuzco.

Montreal ( (listen) MUN-tree-AWL; officially Montréal, French: [mɔ̃ʁeal] (listen)) is the most populous city in the Canadian province of Quebec and the second-most populous city in Canada. Originally founded in 1642 as Ville-Marie, or "City of Mary", it is named after Mount Royal, the triple-peaked hill in the heart of the city.

New Orleans (, locally ; French: La Nouvelle-Orléans [la nuvɛlɔʁleɑ̃] (listen)) is a consolidated city-parish located along the Mississippi River in the southeastern region of the U.S. state of Louisiana.

Niagara Falls is a group of three waterfalls at the southern end of Niagara Gorge, spanning the border between the province of Ontario in Canada and New York State in the United States. The largest of the three is Horseshoe Falls, also known as Canadian Falls, which straddles the international border of the two countries.

The Panama Canal (Spanish: Canal de Panamá) is an artificial 82 km (51 mi) waterway in Panama that connects the Atlantic Ocean with the Pacific Ocean. The canal cuts across the Isthmus of Panama and is a conduit for maritime trade.

Puerto Rico (Spanish for 'Rich Port'; abbreviated PR), officially the Commonwealth of Puerto Rico, and in previous centuries called Porto Rico in English, is an unincorporated territory of the United States located in the northeast Caribbean Sea, approximately 1,000 miles (1,600 km) southeast of Miami, Florida. Puerto Rico is an archipelago among the Greater Antilles located between the Dominican Republic and the US Virgin Islands, and includes the eponymous main island and several smaller islands, such as Mona, Culebra, and Vieques.

Rome (Latin and Italian Roma [ˈroːma] (listen)) is the capital city and a special comune of Italy (named Comune di Roma Capitale) as well as the capital of the Lazio region. The city has been a major human settlement for over two millennia.

San Diego (, Spanish: [san ˈdjeɣo]; Spanish for 'Saint Didacus') is a city in the U.S. state of California on the coast of the Pacific Ocean, approximately 120 miles (190 km) south of Los Angeles and immediately adjacent to the border with Mexico.

Seattle ( (listen) see-AT-əl) is a seaport city on the West Coast of the United States. It is the seat of King County, Washington. Seattle is the largest city in both the state of Washington and the Pacific Northwest region of North America.

Singapore ( (listen)), officially the Republic of Singapore, is a sovereign island city-state in maritime Southeast Asia. It lies about one degree of latitude (137 kilometres or 85 miles) north of the equator, off the southern tip of the Malay Peninsula, bordering the Straits of Malacca to the west, the Riau Islands to the south, and the South China Sea to the east.

Sydney ( (listen) SID-nee) is the state capital of New South Wales and the most populous city in Australia and Oceania. Located on Australia's east coast, the metropolis surrounds Port Jackson and extends about 70 km (43.5 mi) on its periphery towards the Blue Mountains to the west, Hawkesbury to the north, the Royal National Park to the south and Macarthur to the south-west.

The Taj Mahal (; lit. 'Crown of the Palace', [taːdʒ ˈmɛːɦ(ə)l]) is an ivory-white marble mausoleum on the southern bank of the river Yamuna in the Indian city of Agra. It was commissioned in 1632 by the Mughal emperor Shah Jahan (reigned from 1628 to 1658) to house the tomb of his favourite wife, Mumtaz Mahal; it also houses the tomb of Shah Jahan himself.

Tokyo (; Japanese: 東京, Tōkyō [toːkʲoː] (listen)), officially Tokyo Metropolis (東京都, Tōkyō-to), is the capital and most populous prefecture of Japan. Located at the head of Tokyo Bay, the prefecture forms part of the Kantō region on the central Pacific coast of Japan's main island, Honshu.

Venice (; Italian: Venezia [veˈnɛttsja] (listen); Venetian: Venesia or Venexia [veˈnɛsja]) is a city in northeastern Italy and the capital of the Veneto region. It is situated on a group of 118 small islands that are separated by canals and linked by over 400 bridges.

Yellowstone National Park is an American national park located in the western United States, with parts in Wyoming, Montana and Idaho. It was established by the U.S. Congress and signed into law by President Ulysses S.

Yosemite National Park ( yoh-SEM-i-tee) is an American national park located in the western Sierra Nevada of Central California, bounded on the southeast by Sierra National Forest and on the northwest by Stanislaus National Forest.