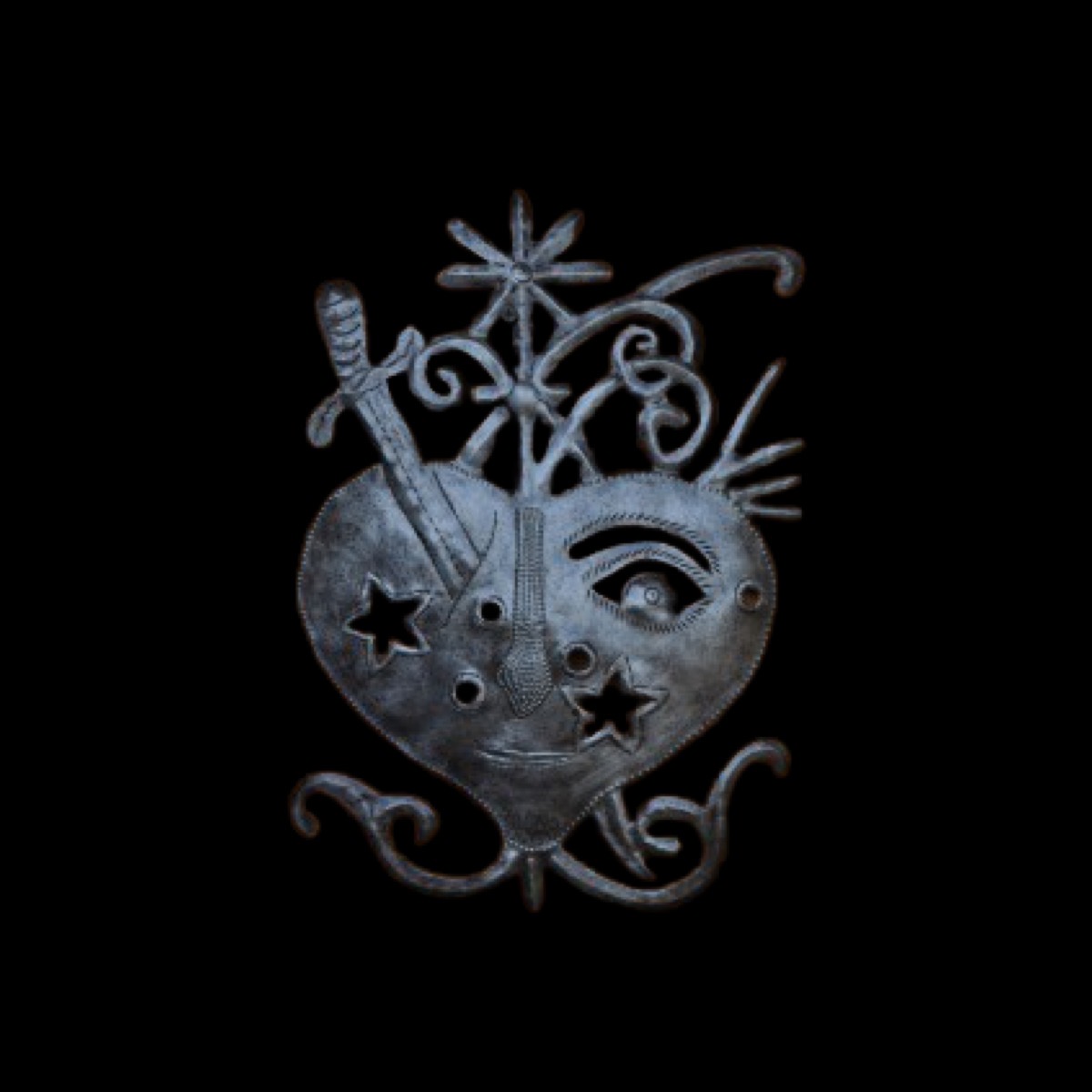 Loas are Voodoo spirits that aid and give advice to the practitioner in life including with success, sexuality, spirituality, protection, healing and even in death.
They are divided into the three nachons (groups): Rada (beneficent), Petro (destructive) and Ghede (fertility and death spirits).

Their symbols - also called "veve"- act as a "beacon" for the Loa and represent figures of the astral forces and are usually drawn on the floor by strewing a powder-like substance, commonly cornmeal, wheat flour, bark, red brick powder, or gunpowder.

In the course of Voodoo ceremonies, the reproduction of the astral forces represented by the veves obliges the loas to descend to earth. 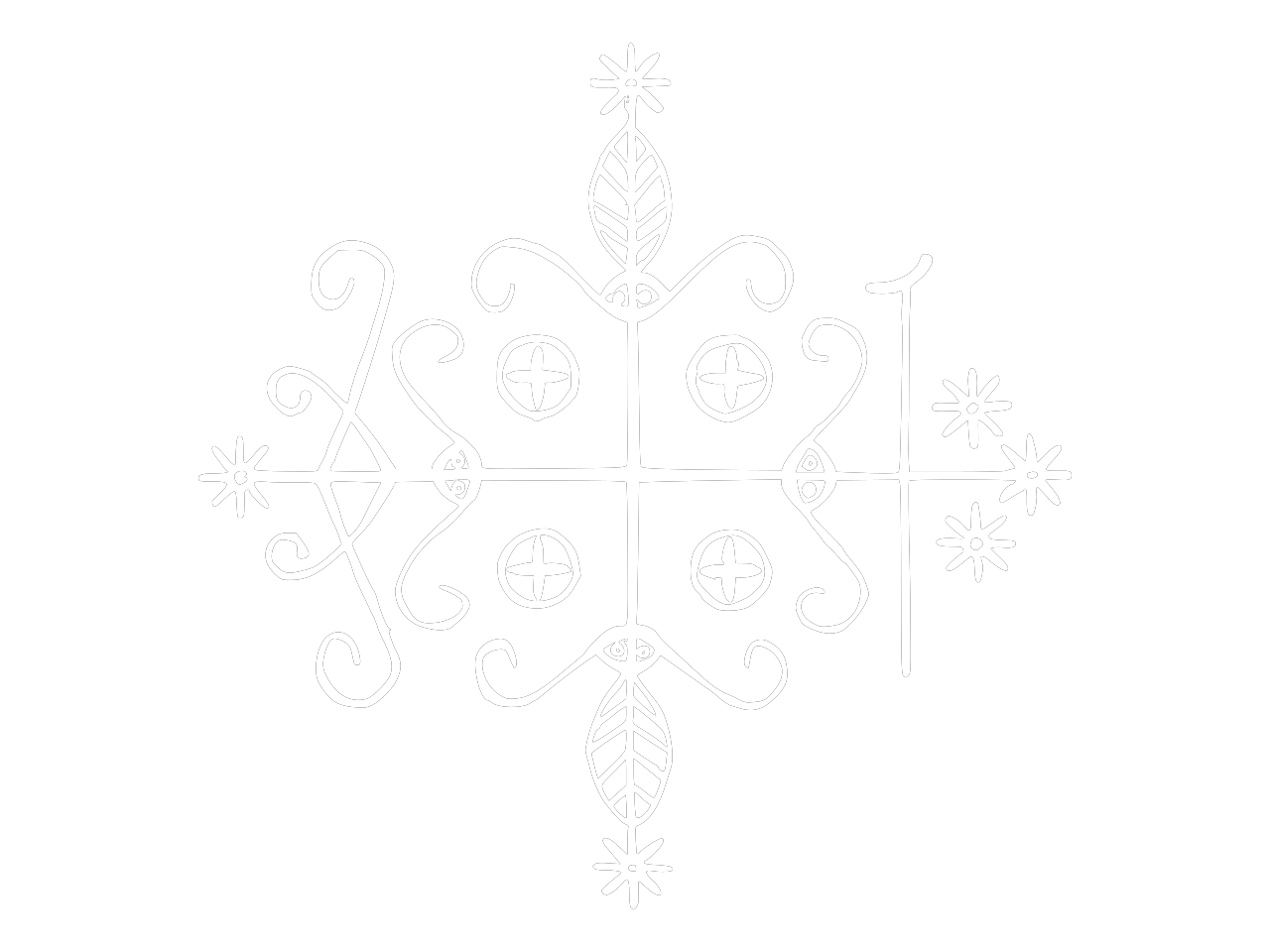 Papa Legba (Rada) is the intermediary between the Loa and humanity. He stands at the spiritual crossroads and gives (or denies) permission to speak with the spirits . He usually appears as an old man on a crutch or with a cane, wearing a broad-brimmed straw hat and smoking a pipe, or drinking sparkling water.

Papa Legba is invoked at the beginning of every ceremony. 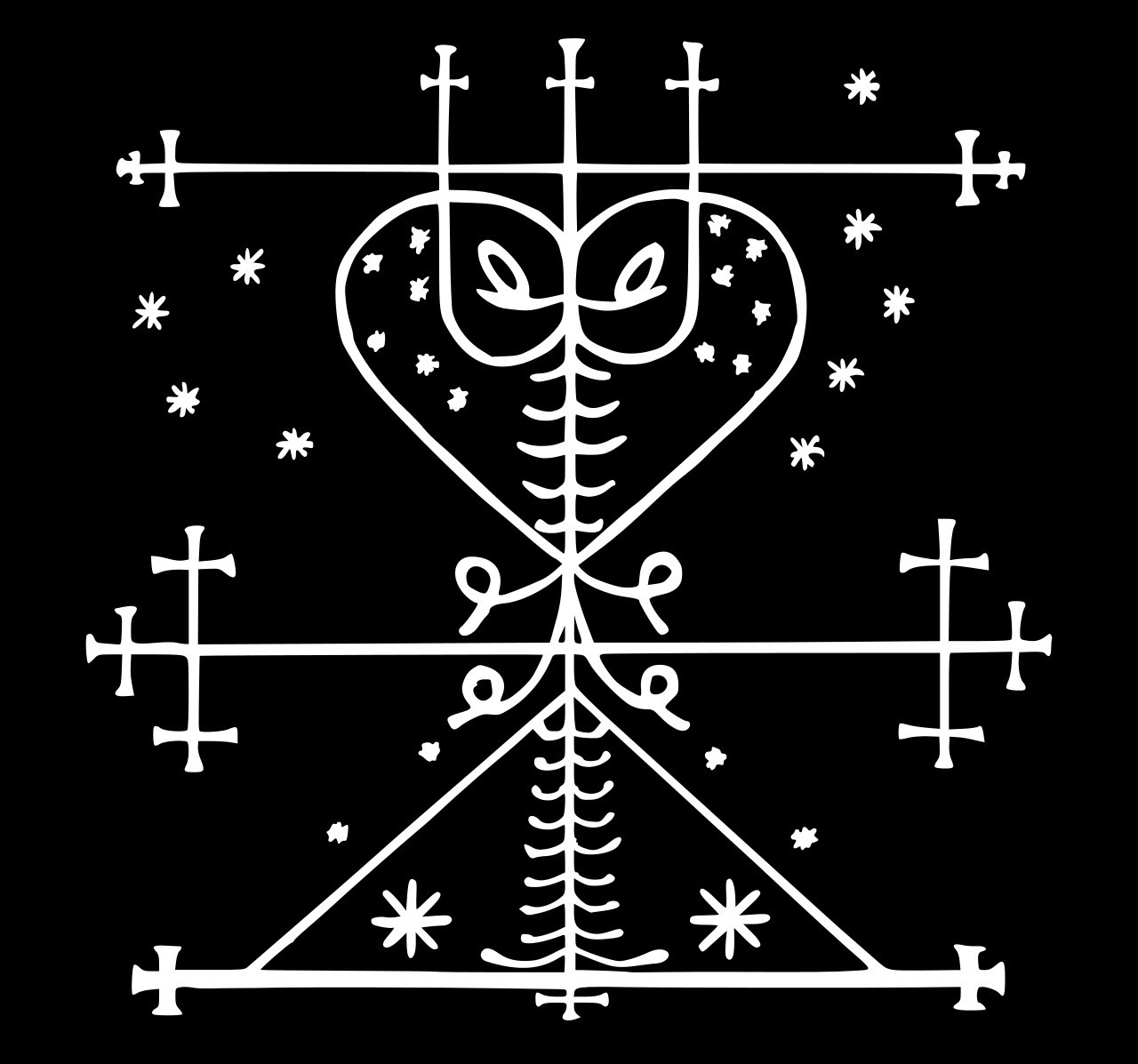 Maman Brigitte (Ghede) is the mistress of cemeteries and gravestones. She watches over every gravestone marked with a cross. The first grave of a woman in each Haitian cemetery is dedicated to her and her ceremonial cross is erected on that grave.

Maman Brigitte and Baron (Samedi) are called to summon the dead when a person ill by magic is to be saved from death and cured. 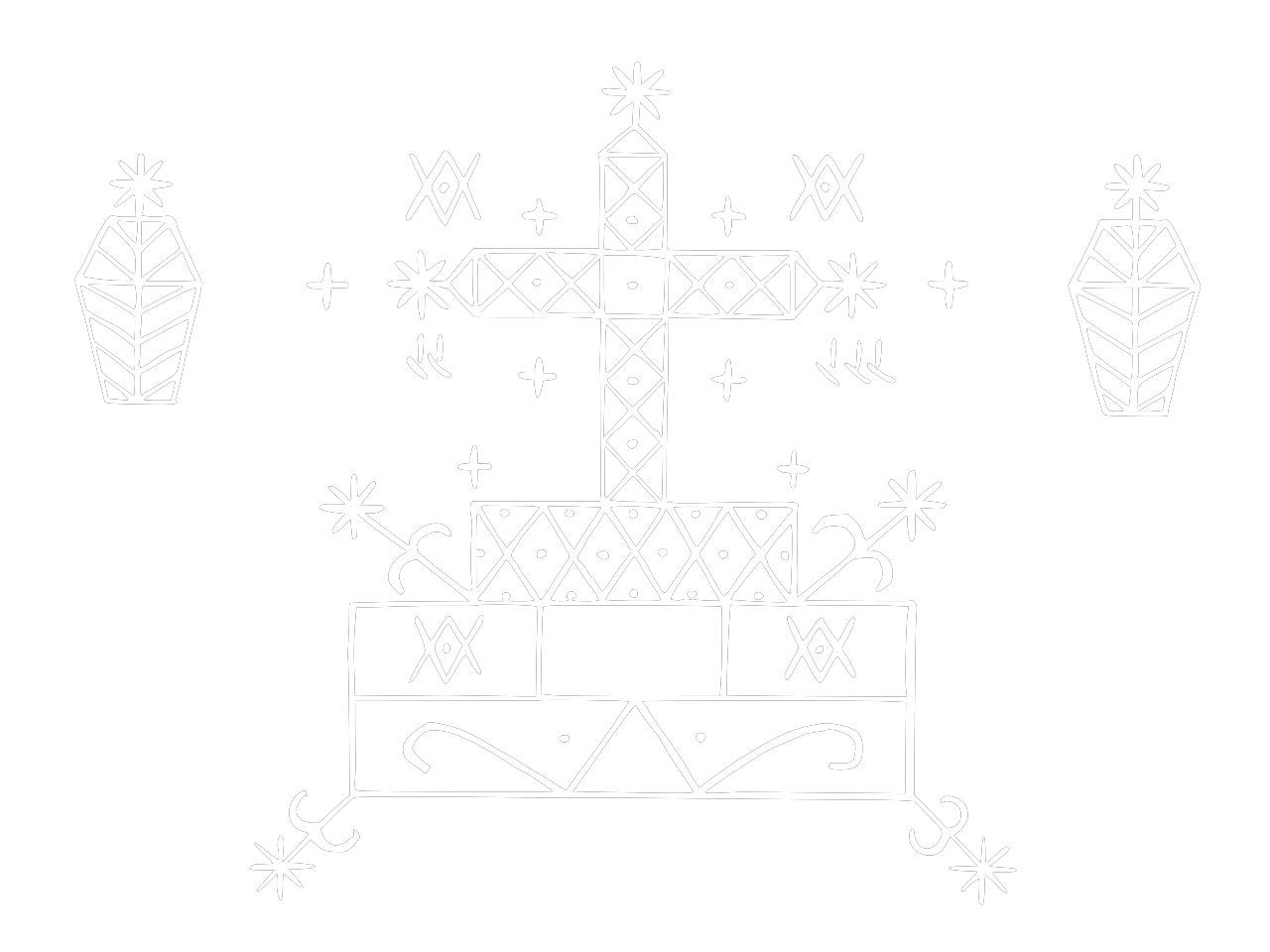 Baron Samedi (Ghede) is usually depicted with a top hat, black tail coat, dark glasses, and cotton plugs in the nostrils, as if to resemble a corpse dressed and prepared for burial in the Haitian style. When someone dies, he digs their grave and greets their soul after they have been buried, leading them to the underworld.

Additionally, he is the Loa of resurrection, and in the latter capacity he is often called upon for healing by those near or approaching death, as it is only the Baron that can accept an individual into the realm of the dead. 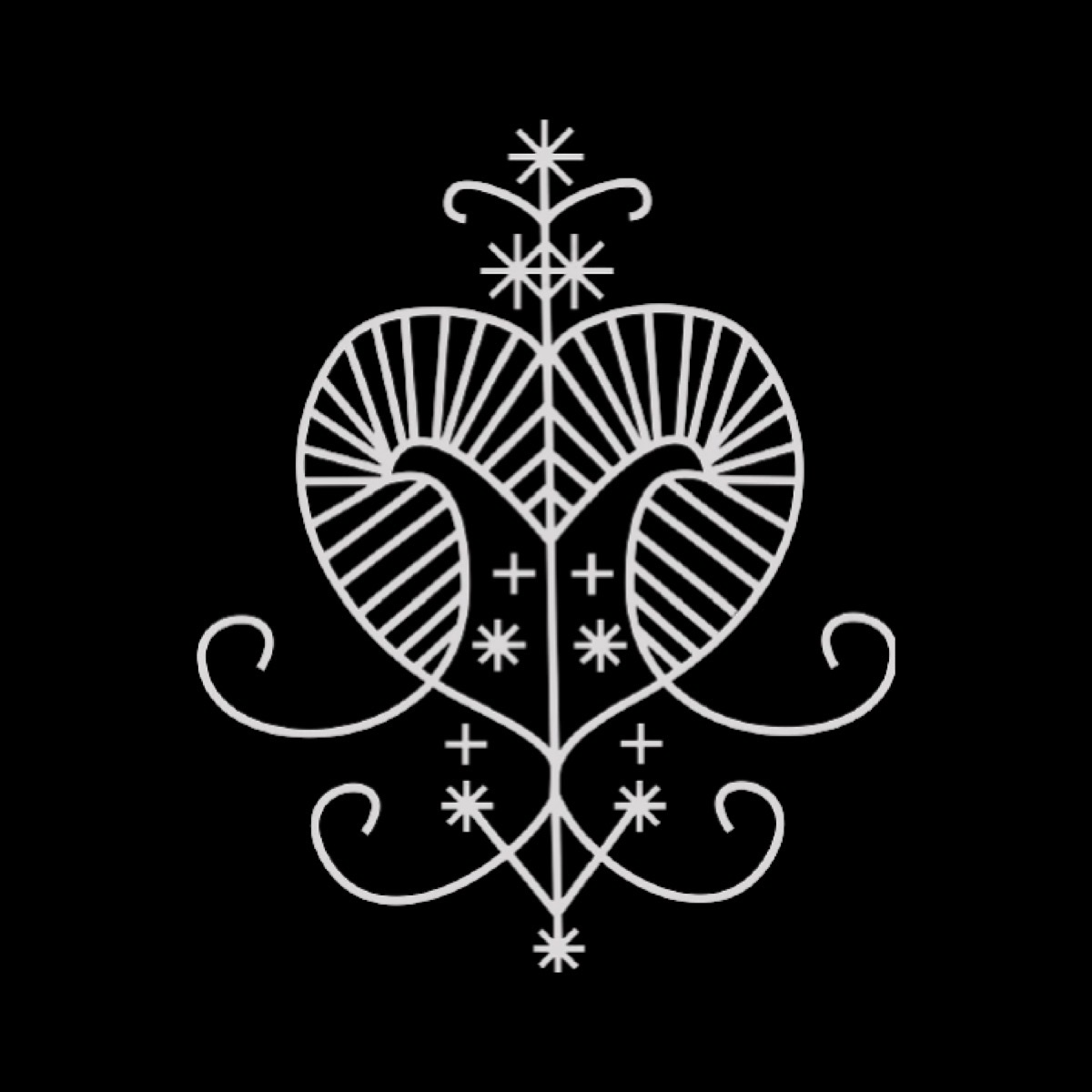 Erzulie Freda (Rada) is the spirit of love, beauty, jewelry, dancing, luxury, and flowers. She wears three wedding rings, one for each husband - Damballah, Agwe and Ogun.
Erzulie Freda is femininity and compassion embodied, yet she also has a darker side; she is seen as jealous and spoiled and within some Vodoun circles is considered to be lazy.

She is conceived of as never able to attain her heart's most fervent desire. For this reason she always leaves a service in tears. 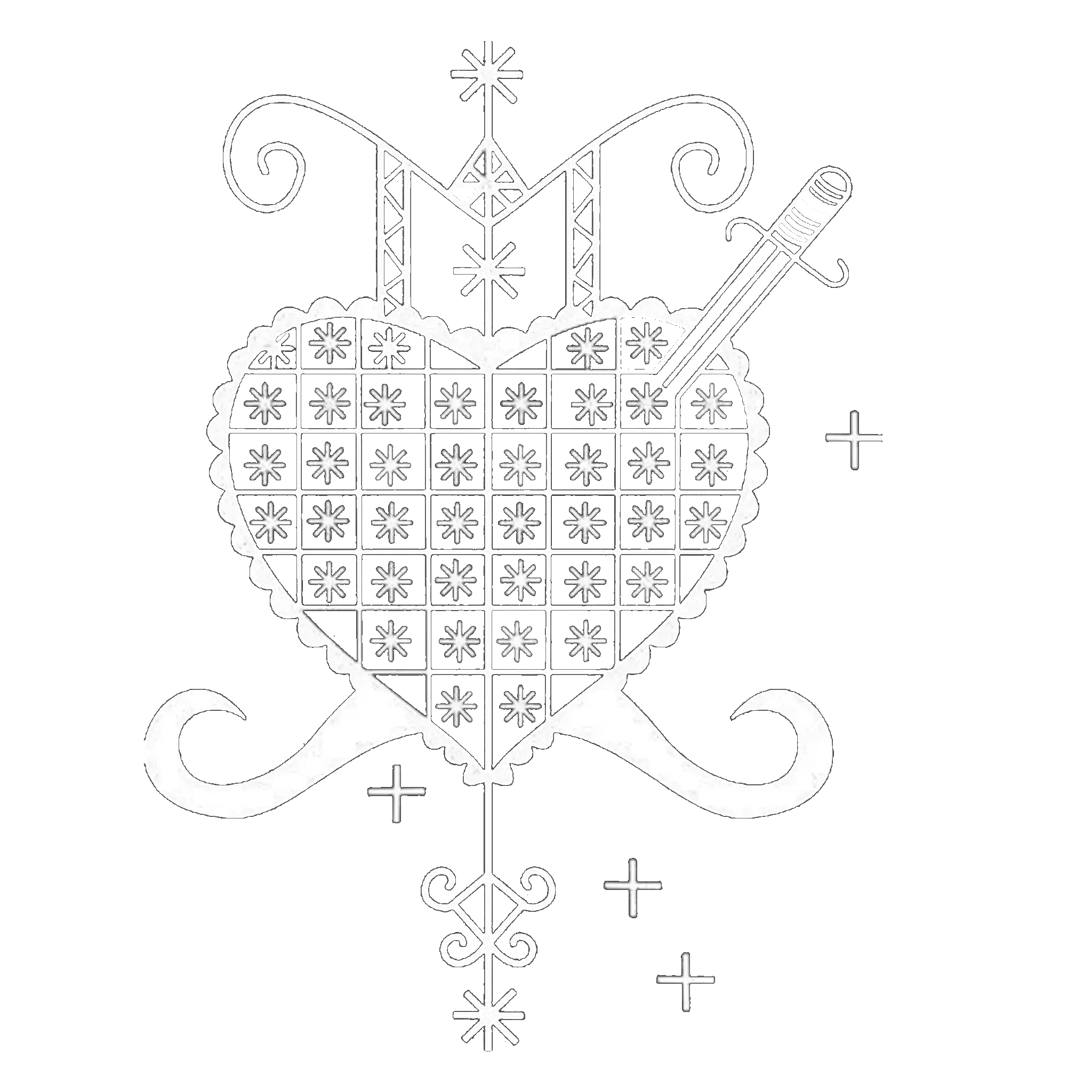 Erzulie Dantor (Petro) is considered a fierce protector of women from domestic violence and at the same time the guardian spirit of New Orleans, which is why she is particularly revered by voodoo believers there. She is also generally said to have a protective function for her believers and to give them abilities beyond their imagination.

She gives the spiritual knowledge needed to navigate through material reality. 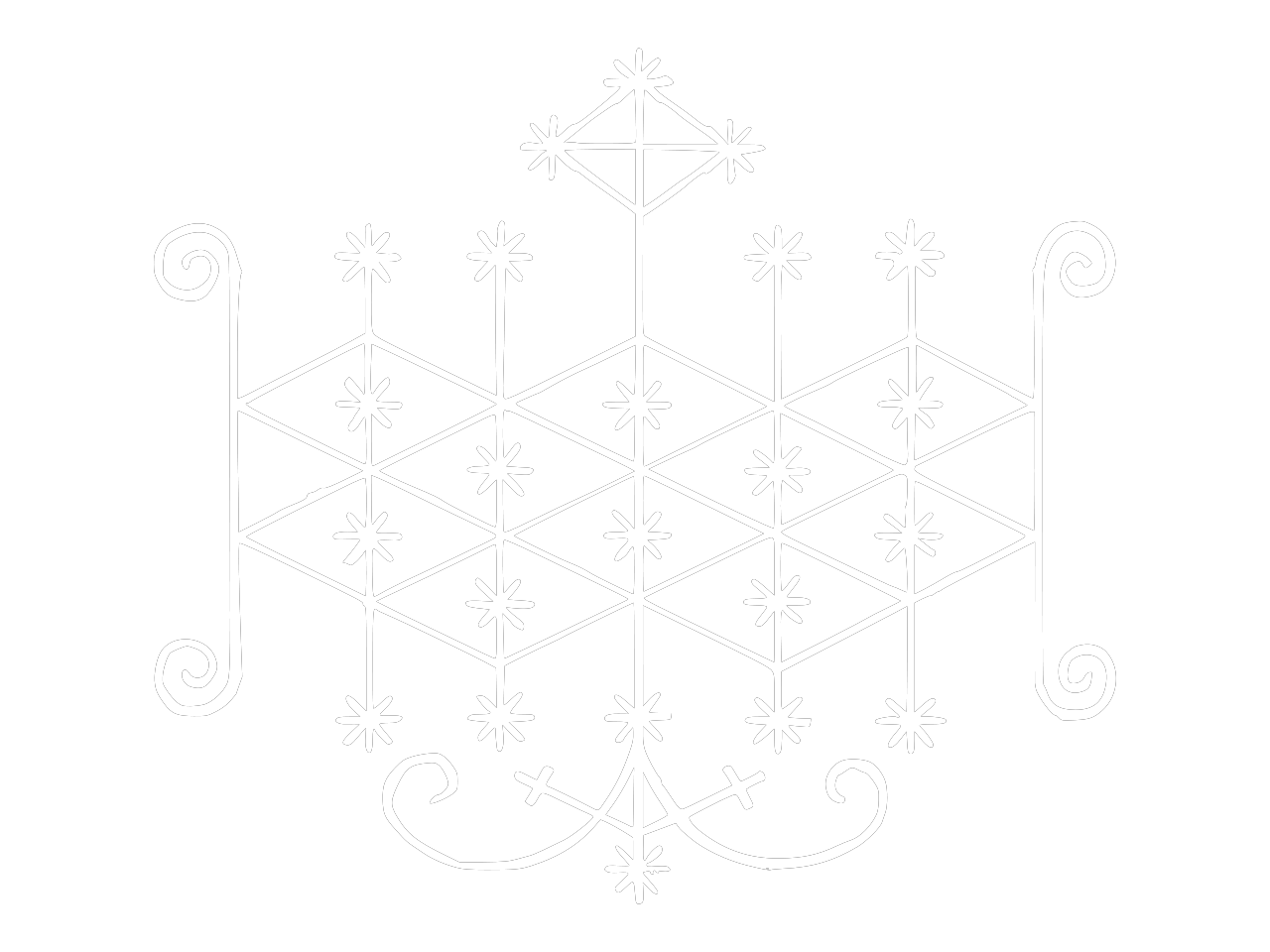 Ogun (Petro) is the supreme warrior among the Loa. He controls fire, blood, iron, politics and war. He is the patron of the forge, civilization and technology. He is married to the female Loa Erzulie. As the patron spirit of the forge and lord of metal, Ogun's attributes are a saber or a machete. 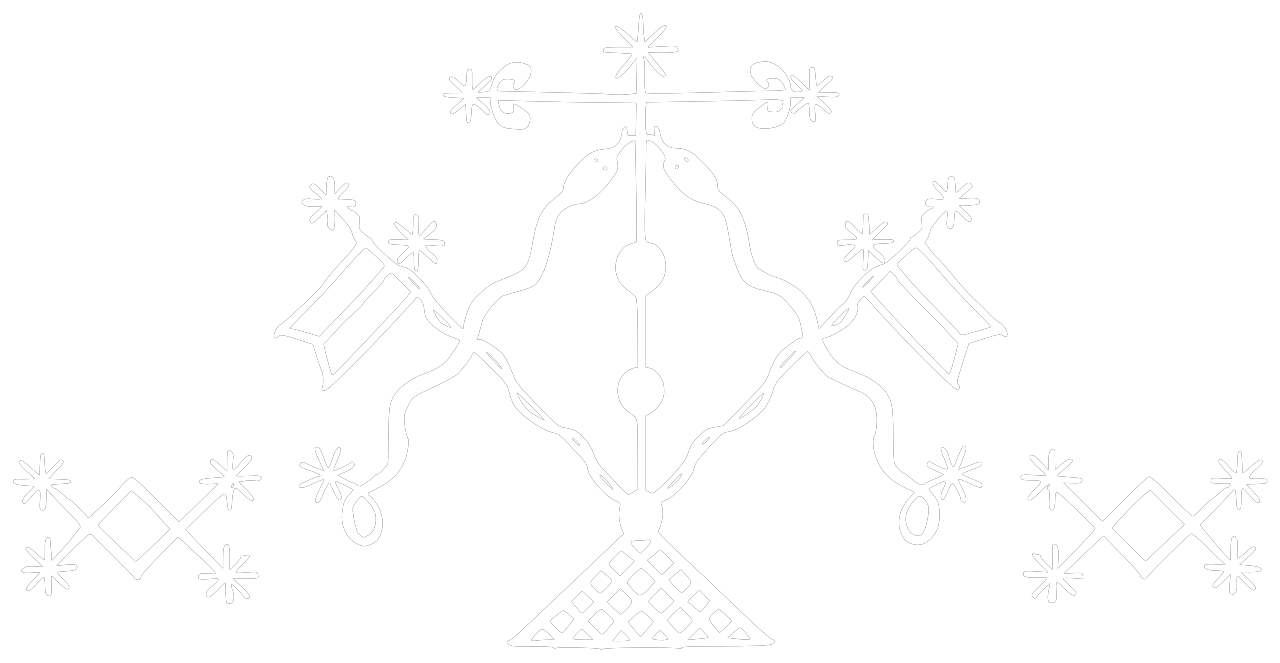 Damballah (Rada) is worshipped in voodoo as the father of all Loa, humans and guardian spirits. Together with his wife Ayida Wédo, also depicted as a snake (rainbow snake), he stands for the absolute divine in its male-female duality. The couple embodies the benevolent, "innocent" father and mother figure respectively.

He is the Loa of fertility and sexuality, the preservation of tradition and cultural roots of all peoples. 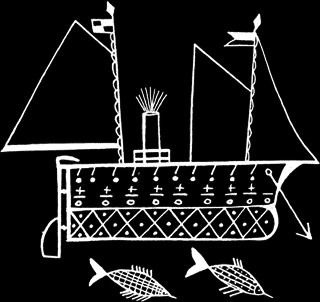 Agwe (Rada/Petro) is a Loa who rules over the sea, fish, and aquatic plants, as well as the patron Loa of fishermen and sailors in Voodoo.

He is saluted or signaled with blowing on a conch shell and/or volleys of gunfire. When he possesses a devotee he often pushes himself around the temple on a chair (his boat) with a cane (his oar), shouting naval commands and saluting members of the congregation. 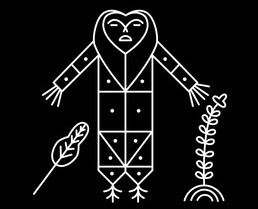 Grand Bois represents the rich earth that you spring from and the dark woods you stumble through. 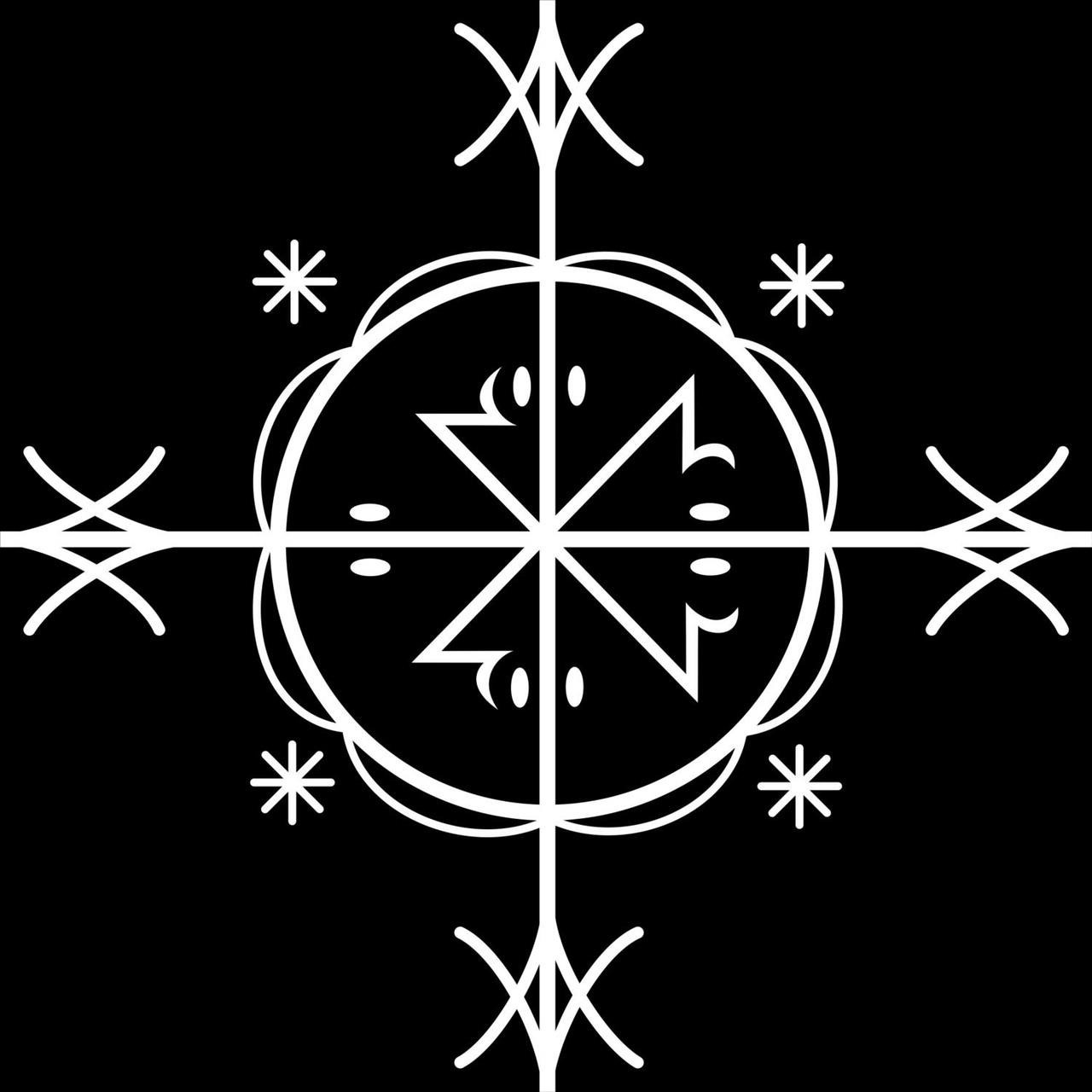 Maitre Carrefour (Petro) is often envisioned as a young man or as a demon. His color is red and he favors rum infused with gunpowder.

As his name indicates, he also controls the crossroads and has the power to grant or deny access to all other Loa, or spirits, and he allows the "crossing" of bad luck, deliberate destruction, misfortune, and injustices.

Maitre Carrefour represents the various roads and paths you choose to travel on. 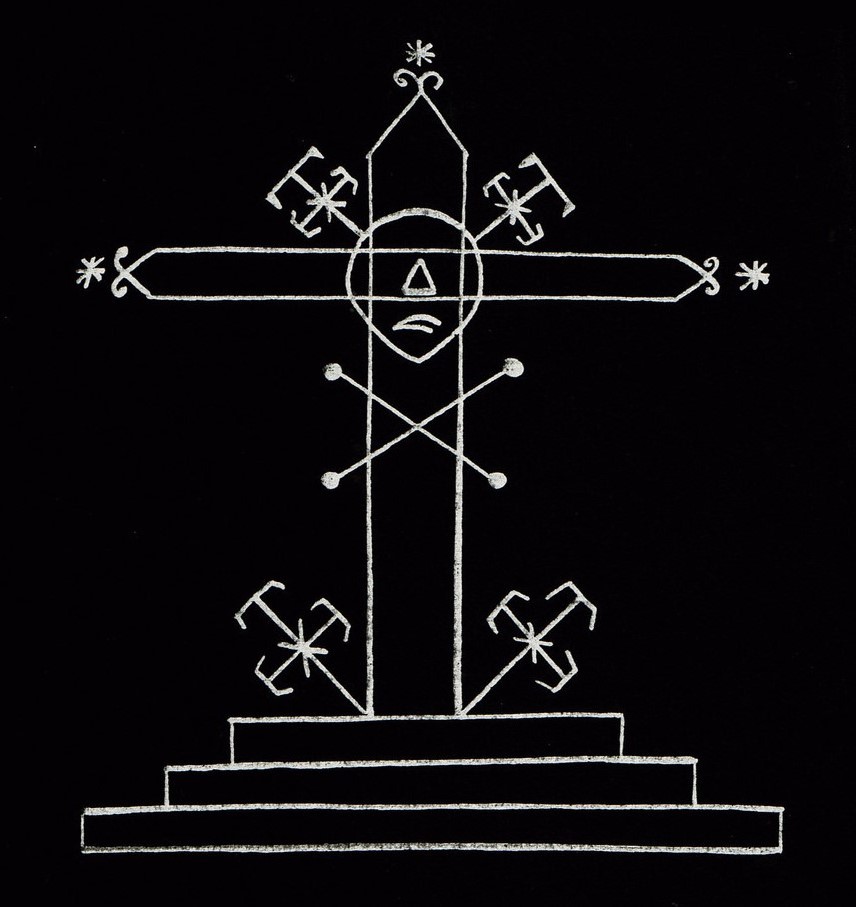 Baron Cimetiere (Ghede) a spirit of the dead, along with Baron Samedi. He wears a tuxedo with tails and a top hat and has an expensive taste, smoking cigars, drinking wine and fine liquor. He shows polite manners and an upper-class air while doing so.

Baron Cimetiere is the doorman between the world of the living and the afterlife, guardian of the cemetery gate. He keeps the dead in and the living out. 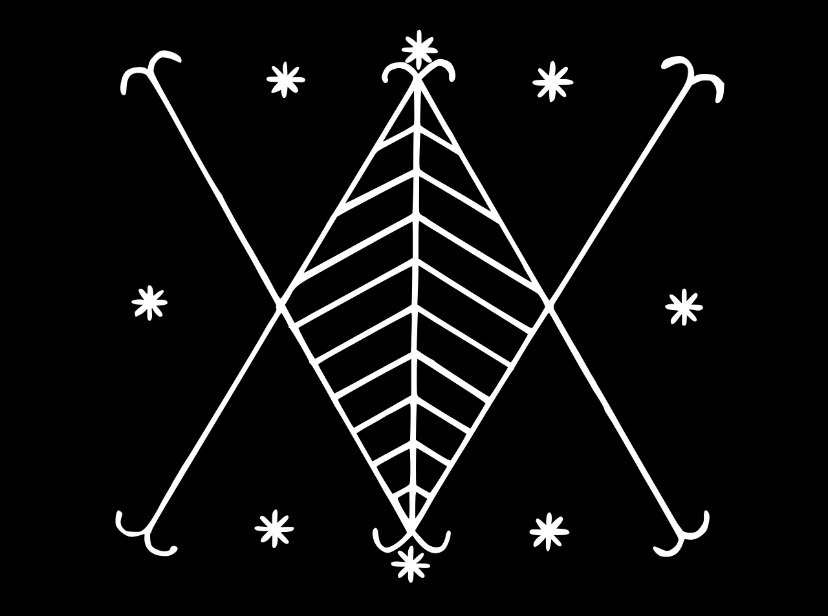 Ayizan (Rada) is the Loa of the marketplace and commerce in Voodoo. Just as her husband Loko is the archetypal houngan (priest), Ayizan is regarded as the first, or archetypal, mambo (priestess), and as such is also associated with priestly knowledge and mysteries, particularly those of initiation and the natural world.

As the spiritual parents of the priesthood, she and her husband are two of the Loa involved in the kanzo rites in which the priest/ess-to-be is given the asson (sacred rattle and tool of the priesthood) and are both powerful guardians of "reglemen" or the correct and appropriate form of Voodoo service. 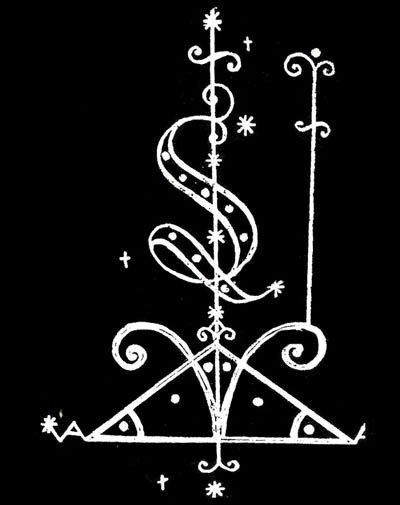 Loko (Rada) is the loa of trees and plants in the voodoo religion. He is the patron of all remedies made from plants and therefore also the protector of healers who work with plant medicine.

He is invoked especially in rituals that involve healing. The healer asks Loko for support and that his medicine will work. He is often given a tree or flower to plant after the ritual. It can also be burned tree bark (from an already dead tree). 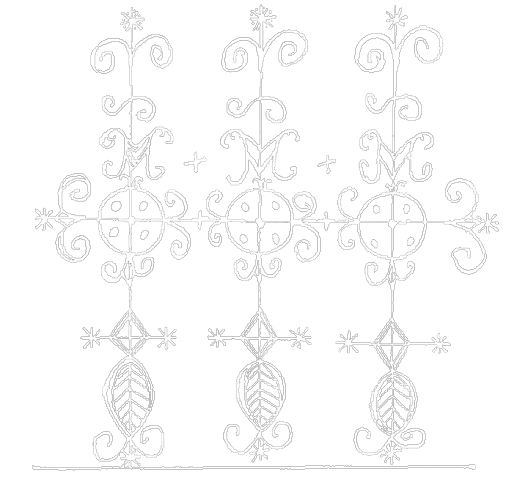 Marassa Jumeaux (Petro) are the divine twins in Vodou. They are children, but more ancient than any other Loa. They personify astronomic-astrological learning and synthesize the Voodoo Loa as personification of divine power and the human impotence.

The Marassa are somewhat different from standard Loa, both on a level above them, and counted in their number, they are both twins, and yet they number three, they are male and female, and both male and both female. In some houses they are not channelled through possession in Voodoo ritual, but served first after Legba. 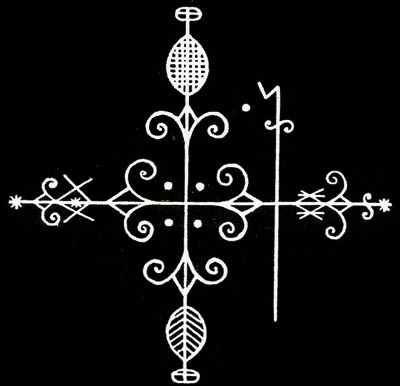 Marinette (Petro) is the most feared Loa in Haitian voodoo, a destructive female spirit being with references to black magic.

People possessed by Marinette allegedly show gestures reminiscent of owls, such as holding their faces down, scratching and curling their fingers, and speaking in a harsh voice. Marinette is worshipped in hidden places; there she is said to accept black goats, pigs and roosters impaled alive as sacrifices.

Numerous Haitians dare not call such a dangerous Loa as Marinette.